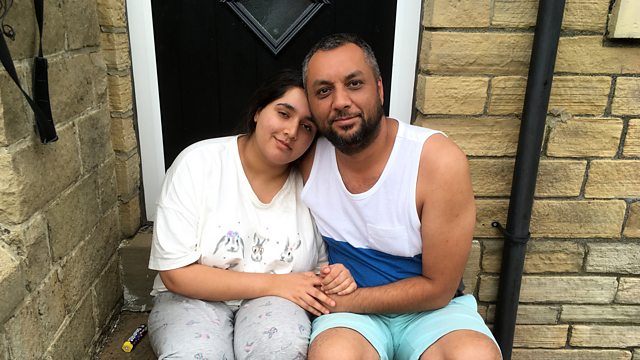 Week 10 on the covid wards

Eighteen-year-old Marium fell ill at the same time as her brothers and sisters – whilst they all recovered she got worse and a week into the illness she was struggling to breathe.

Eighteen-year-old Marium fell ill at the same time as her brothers and sisters – whilst they all recovered she just got worse and a week into the illness she was struggling to breathe and couldn’t get out bed. An ambulance was called and when doctors assessed her they considered putting her straight onto a ventilator because her oxygen levels were so low. In the end the decision was made to attach her to a smaller, less intrusive breathing device and to place her one of the treatments being tested under the national Recovery trial.

It was a difficult time for Marium and her whole family: as she arrived at hospital an ambulance was on its way to her grandfather, Mohammed, who was briefly placed in a bed near her. He also had Covid-19, as did Marium’s Mum, Saiqu, who was also admitted to the ward later that same night. Over the next few days, as Marium’s condition started to improve, she was unaware that her grandfather was getting worse. When he died, her family kept the news from her, fearing it would set back her recovery. The news was only broken to her when she was well enough to be discharged and she’s now coming to terms with her grief and the ongoing physical impact of her illness.

The way we treat those with Covid-19 looks set to change, with doctors looking ahead to a time, not too far off, when anyone with early symptoms will be able to drive to a testing centre, get swabbed and have an instant result and then receive a prescription for a combination of effective drugs before their symptoms take hold. The trial that Marium is part of will report later in summer and in The NHS Front Line, Winifred Robinson also hears from Mark, a keen cyclist and the first patient in the UK on a trial aimed at seeing if early treatment might work at stopping the worst impact of the virus later on in the infection.

With the death toll from this pandemic still rising across the world, clinical trials that would have taken years to approve and carry out are being done in weeks.

This series comes from the Bradford Royal Infirmary, with recordings made by Dr John Wright, who works there. He’s an epidemiologist and has helped prepare and cope with a huge influx of patients. The hospital layout has been redesigned to try to keep Covid and non-Covid patients’ apart, but without a testing system that delivers results within hours it’s proving hard to rule out the risks of infection taking place. This is becoming more of an issue as the hospital increasingly opens up for non-urgent care.

See all episodes from The NHS Front Line 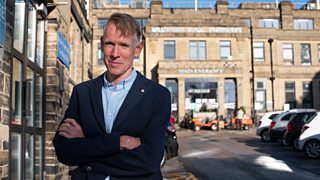