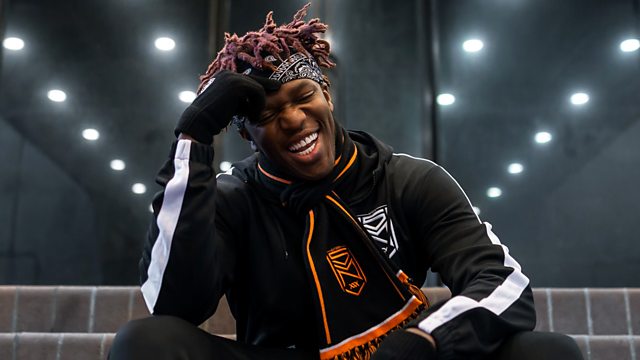 Believing in yourself and living without self-imposed limits - with social media sensation turned pro boxer and rapper KSI.

Believing in yourself and living without self-imposed limits - with social media sensation turned pro boxer and rapper, KSI.

KSI has over 21 million YouTube subscribers and his videos have been viewed six billion times. He has a social media reach of over 50 million, including 5.6 million followers on Twitter, eight million on Instagram and 3.2 million monthly Spotify listeners. He also now boasts the third most followed music channel in the UK. But KSI started out commentating on FIFA matches in his bedroom aged 14 as a way to entertain his friends. Eventually his audience grew so big he decided to drop out of college against the wish of his parents to follow his YouTube dream. It paid off in a big way.

KSI keeps reinventing himself, both as a pro boxer who famously beat fellow YouTuber Logan Paul in America, and as a rapper. His new album is called Dissimulation, which means concealing one's thoughts and feelings. That is something KSI admits to having done that in the past, revealing that his online persona is very different to the character known by his friends and family as JJ.

In this episode KSI talks about embracing vulnerability as well as the responsibility of being a role model. He also explains why he is so determined to prove people wrong with his work, and why he is evidence that anyone can achieve anything in life - if they believe in themselves and work both hard and smart.

As ever please get in touch with your thoughts: @simonmundie.