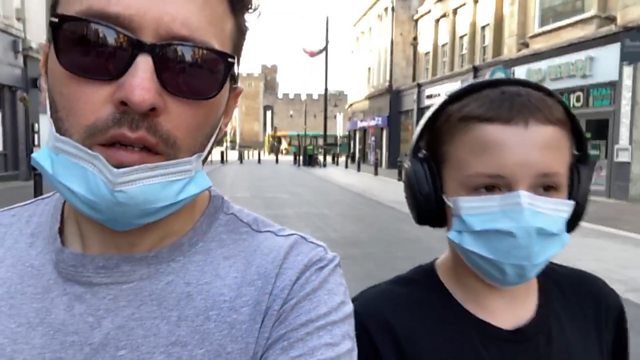 Richard Mylan has told BBC Radio 5 Live why he and his autistic son, Jaco, are continuing their important daily visits to Cardiff Market, despite being in lockdown.

They’ve previously visited the market hundreds of times as it closes up for the night – now it’s closed indefinitely but it’s still a key feature of their daily walks.

People with autism, like 14-year-old Jaco, will now be able to go out more than once a day for exercise under an easing of restrictions by the Welsh government .

This clip is originally from BBC Radio 5 Live Breakfast on Friday 24 April 2020.