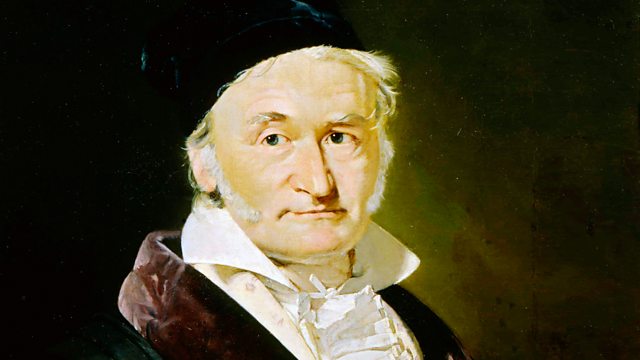 Melvyn Bragg and guests discuss the ideas of Gauss, 'prince of mathematicians', including those on number theory, geometry, probability theory, astronomy and electromagnetism

In a programme first broadcast in 2017, Melvyn Bragg and guests discuss Gauss (1777-1855), widely viewed as one of the greatest mathematicians of all time. He was a child prodigy, correcting his father's accounts before he was 3, dumbfounding his teachers with the speed of his mental arithmetic, and gaining a wealthy patron who supported his education. He wrote on number theory when he was 21, with his Disquisitiones Arithmeticae, which has influenced developments since. Among his achievements, he was the first to work out how to make a 17-sided polygon, he predicted the orbit of the minor planet Ceres, rediscovering it, he found a way of sending signals along a wire, using electromagnetism, the first electromagnetic telegraph, and he advanced the understanding of parallel lines on curved surfaces.

Nick Evans
Professor of Theoretical Physics at the University of Southampton