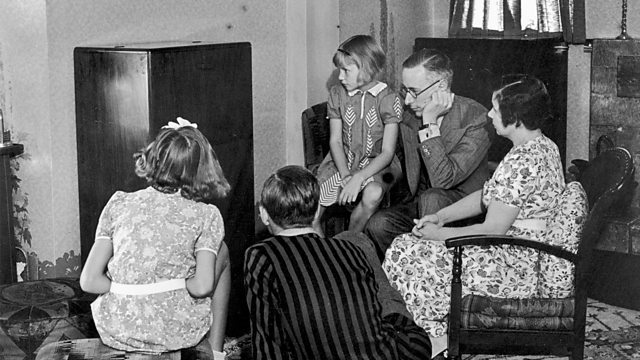 Edward Stourton finds echoes of the Covid-19 crisis in the strange period of 1939-1940, tracing the rapidly evolving role of the BBC during the start to the Second World War.

Edward Stourton tells the story of the BBC in the ”phoney war” of 1939-1940 and the period’s strange echoes of Covid-19 today. When war was declared in September 1939, everyone in Britain expected a catastrophic bombing campaign. Theatres and cinemas were closed and children were evacuated to the countryside. What followed instead was a hiatus when tensions remained high but the bombs did not fall. How does the experience of the Home Front at the start of the Second World War echo the Covid-19 crisis and what did it mean for the evolution of the BBC? The corporation’s initial response became known as the "Bore War". The BBC was berated for broadcasting dreary music and endless, highly repetitive news bulletins. It then changed tack to find a more popular voice, in tune with the needs of its audience. How did it become a trusted source of news in the face of wartime censorship? What did it do to cheer up the nation and enliven public service messages about health and education?

With thanks to BBC History https://www.bbc.co.uk/historyofthebbc/100-voices/ww2