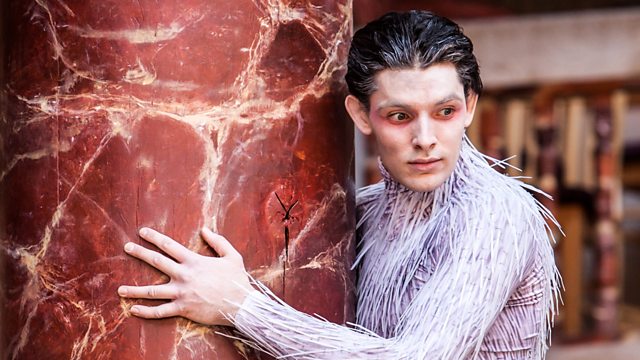 With a spirit of the supernatural, The Tempest is a story of forgiveness, generosity and enlightenments set on a remote and mysterious desert island.

With a spirit of the supernatural, The Tempest is a story of forgiveness, generosity and enlightenment set on a remote and mysterious desert island. With enchantments and treachery at every turn, will anyone ever make it off?

Roger Allam brings a fresh perspective to troubled sorcerer Prospero, while Colin Morgan is magical as Ariel in this performance of Shakespeare's late great masterpiece, recorded at Shakespeare's Globe in London in 2013 with renaissance costumes and staging.

Twelve years ago, Prospero, formerly the Duke of Milan, was usurped by Alonso, King of Naples, and Alonso's brother, Sebastian and cast adrift with his three-year-old daughter, Miranda. They now live on an island. Before they were put to sea, Gonzalo, Prospero's faithful courtier, ensured that he took his magic books with him, and on the island he has used his magic art to reign over the native Caliban and the spirit Ariel.

Desiring revenge, Prospero uses his powerful magic to cause a great storm which shipwrecks his enemies. On the island, the shipwrecked courtiers are separated from Ferdinand, the King's son, and Alonso believes him drowned.

But Ferdinand has not drowned; he believes his father has perished in the tempest and meets Prospero and Miranda - with whom he falls in love. Prospero subjects Ferdinand to trials to test him.