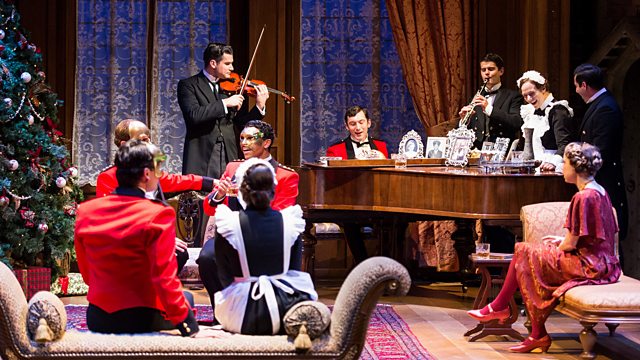 Much Ado About Nothing

Michelle Terry and Edward Bennett star as Beatrice and Benedick in an acclaimed RSC production, set at the end of WWI, of Shakespeare's much-loved comedy.

Autumn 1918. A group of soldiers return from the trenches. The world-weary Benedick and his friend Claudio find themselves reacquainted with Beatrice and Hero.

As memories of conflict give way to a life of parties and masked balls, Claudio and Hero fall madly, deeply in love, while Benedick and Beatrice reignite their own altogether more combative courtship.

The drama is set amidst the brittle high spirits of a post-war house party, where youthful passions run riot, lovers are deceived and happiness is threatened - before peace ultimately wins out.