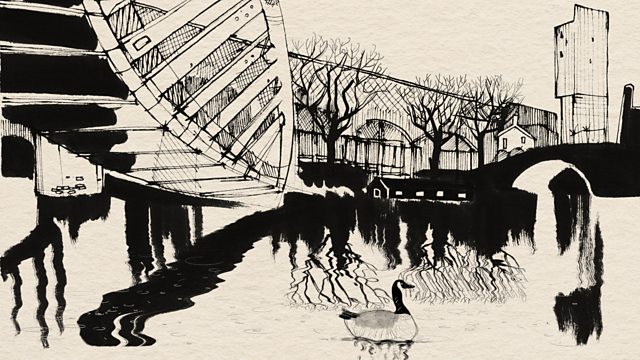 Songs of the City

Celebrating urban bird song, a blackbird finds its voice in the streets of Manchester.

One sketchbook. One stroke of a brush. One inkblot magically transformed. In a bid to celebrate urban bird song, this heart-warming animation will take you to the heart of the City of Manchester where a mute blackbird flees the nest. Over the rooftops, the canal, and the streets, the city is bubbling with sound. In an attempt to join in with a melody, the blackbird perches atop a lamp post, opens its beak, but to no avail; the hubbub of the street is deafening. In a quest to break through the noise, an ascent to higher altitudes commences. Flying past the archways of the library, through the theatre, and above the intricate web of overhead lines, we are at one with the blackbird. Soaring higher and higher, the street chatter starts to fade. When reaching the top of the city, silence finally gives way to one voice.

See all clips from New Creatives (49)