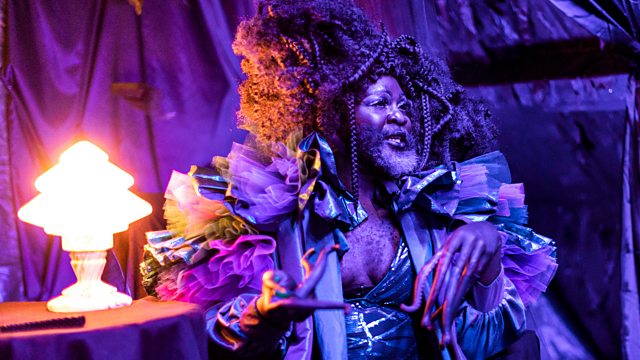 A young person escaping into a building at night is propelled into a surreal theatrical adventure by a mysterious guide who offers an alternative way out. Filmed in a single shot.

A surreal, theatrical adventure in which a young person escapes into a seemingly empty building at night and meets a mysterious guide who offers them an alternative way out.

Filmed in Battersea Arts Centre, in one continuous, unbroken shot, this is an immersive journey through a labyrinth of rooms and corridors, propelled by performances by extraordinary artists.

Omid Djalili leads the journey as the enigmatic Guide. The Young Person is played by Bláithín Mac Gabhann, and there are performances by some of the most exciting, diverse artists working in the UK today, including Lucy McCormick, Caleb Femi, Botis Seva, Le Gateau Chocolat, The Cocoa Butter Club, Sanah Ahsan and Too Hot For Candy.

Directed by Suri Krishnamma and produced by Battersea Arts Centre in partnership with Arts Council England and BBC Arts as part of the Performance Live strand.