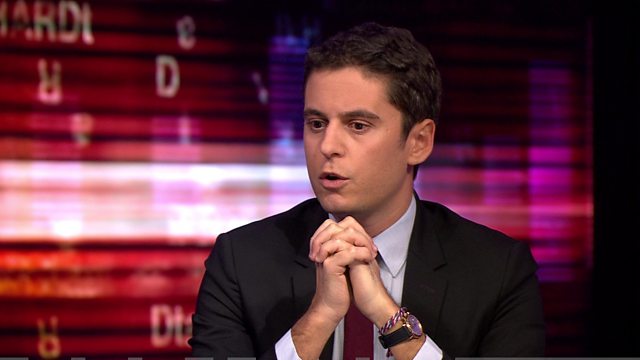 The current wave of yellow vest (gilets jaunes) protests have their origins back in the 1990s, Gabriel Attal, France's Minister for Youth has told Hardtalk's Stephen Sackur.

Former president Jacques Chirac had warned in 1995 about the risk of social divided or break up of French society, Mr Attal explained.

"The problems in French society we are seeing right now actually existed for a long time and what we are trying to do, and it is difficult, is to set up some responses to these problems," said Mr Attal

The yellow vest protests were like a lid coming off a pressure can that had been boiling for some time, he said.