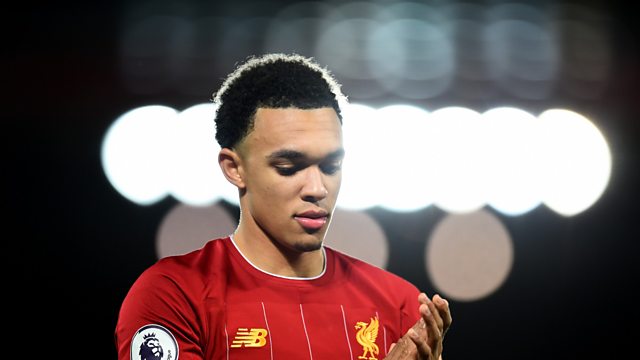 As Liverpool’s Trent Alexander-Arnold secured his 11th and 12 league assists of the season and Andy Robertson also earned an assist – Pat and Rob dissect how you can possibly stop crosses and defend against both full-backs.

After West Ham goalkeeper Lukasz Fabianski made a huge mistake leading to Liverpool’s second goal – Rob gives us a goalkeeping masterclass on what to do in that situation.

Former Premier League referee Mark Halsey joins the pod to talk us through some of the controversial decisions made by VAR over the weekend – including the PGMOL admitting that Tottenham’s Giovani Lo Celso should have been shown a red card in their game against Chelsea.

And as the Champions League returns – Chelsea head coach Frank Lampard speaks ahead of their tie with Bayern Munich.

You’ll also hear from Bayern Munich’s Serge Gnabry on scoring four against Tottenham in the Champions League group stages, on leaving Arsenal and England and on his passion for fashion.