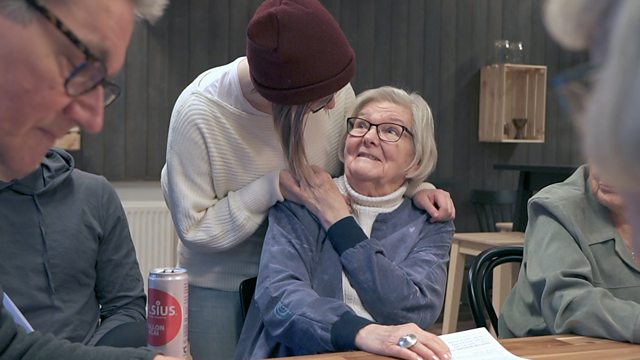 People living in this block of flats sign a contract to spend at least two hours a week together to tackle loneliness among both the young and old.

People living in this block of flats sign a contract to socialise together for at least two hours a week.

The new housing experiment in Sweden is aimed at the two age groups most likely to feel lonely: under-25s and pensioners. A former home for the elderly has been given a revamp, creating plenty of communal areas designed to encourage mingling between the different generations.

While loneliness can happen wherever you live, it is a big talking point in Sweden where more than half of all households only have one occupant and it is common to rent an apartment by yourself as soon as you leave school.

Maddy Savage meets tenants taking part in the shared living experiment and looks at other solutions designed to help young Swedes who are lonely.