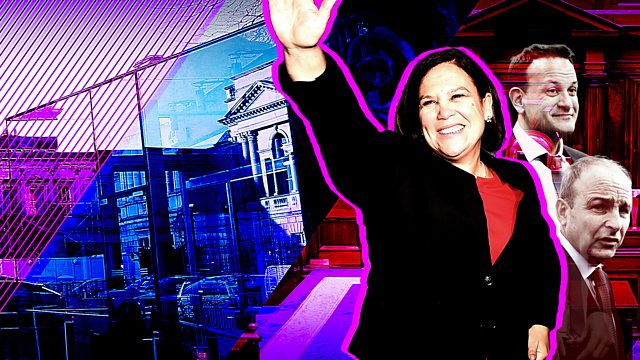 Newsnight speaks to Mary Lou McDonald, President of Sinn Féin, after the party receives the highest number of first-preference votes in the Irish general election.

Their success on Saturday has sent shockwaves around the country. The left wing republican party's leader says she may well become Ireland's next Taoiseach.

No party will win enough seats for an outright majority and seats are continuing to be allocated. Before the election the two other largest parties Fianna Fáil and Fine Gael ruled out forming a coalition with Sinn Féin.

Since the result, Fianna Fáil leader Micheál Martin has not ruled out working with Sinn Féin, but said that "significant incompatibilities" still exist between the parties.

Mrs McDonald told Newsnight the next government should prepare for a border poll on Irish unity immediately, and said she would ask the EU to take a stance in support of Irish unification.