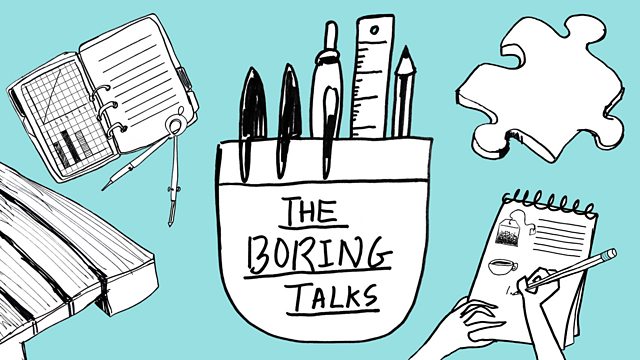 James Ward introduces another curious talk about a subject that may seem boring, but is actually very interesting.... maybe.

In 2011, comedian Rosie Wilby was dumped by email. (Though she did feel better about it after correcting her ex’s spelling and punctuation).
Obsessing ever since about whether technology has enabled abrupt endings to relationships, she discovered an entire new language. But what are ghosting, breadcrumbing, submarining, pocketing, benching and curving?

Rosie Wilby is a comedian and presents The Breakup Monologues podcast.

See all episodes from The Boring Talks