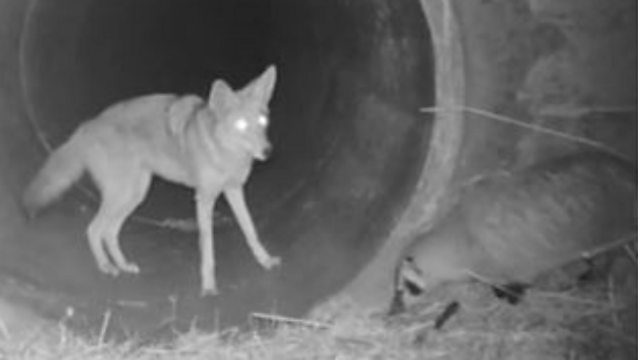 The moment an American wild dog, known as a coyote, and a badger, meet to play in a tunnel beneath a bus road in the US - caught on video camera - has already attracted millions of clicks. Peninsula Open Space Trust captured the footage. Neal Sharma from POST told Newsday about their touching friendship and here's the link to the video
https://bit.ly/2St9uVR