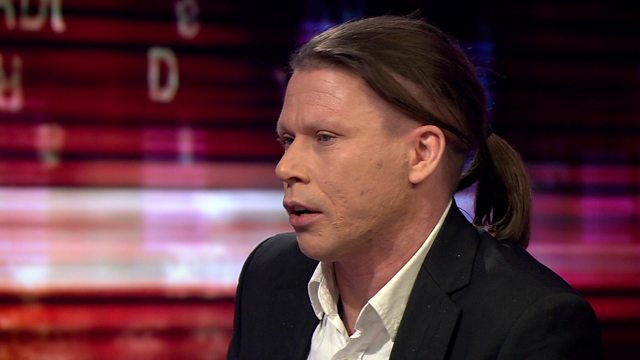 Lauri Love: I was suicidal when facing extradition

The alleged computer hacker Lauri Love has said he was "actively to acutely suicidal" when facing extradition to the US after being accused of stealing data from US agencies including the FBI, the Federal Reserve and Nasa computer systems.

His lowest moment was when he feared he might not be able to appeal, he told Hardtalk's Stephen Sackur.

"US Marshals could have come and the Met Police would have helped them take me and as far as I am concerned that would have been the end of my life," he said.

In February 2018, Mr Love, who has Asperger's syndrome, won a High Court appeal to block his extradition to the US.