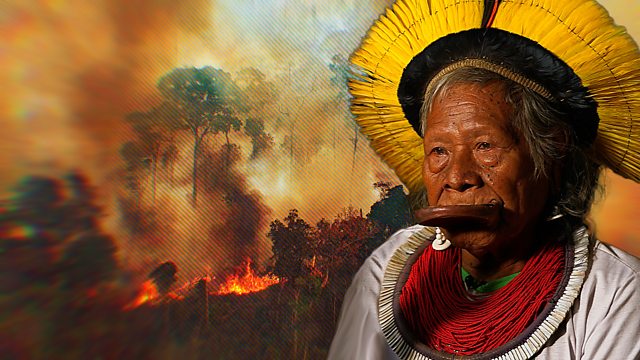 Amazon Fires: Indigenous groups fight to save the rainforest

Representatives from indigenous groups across the Amazon have met in an effort to defend the rainforest.
The number of fires in the Amazon rose by a third last year, according to the latest figures released this month.

Environmental campaigners and indigenous groups have warned that the policies of Brazil’s populist leader Jair Bolsonaro have heavily contributed to the fires.

Indigenous Chief Raoni gathered leaders from across the Amazon to make a stand against further incursion into their lands.

The assembled delegates drew up a manifesto to present to the government in Brasilia.

Newsnight was given rare access to this once in a generation gathering.