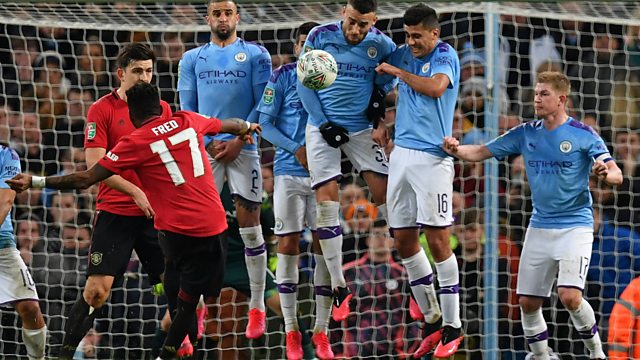 Fred's free kick and the no spill cup

Manchester City reach a third consecutive EFL Cup final despite defeat on the night against Manchester United at the Etihad. Ian Dennis, Dion Dublin and Henry Winter join Mark Chapman to discuss why Fred took a vital late free-kick when Juan Mata was on the field which could have sent the tie to penalties, and Raheem Sterling's loss of form in front of goal.

Liverpool further extend their lead in the league with victory at West Ham, are David Moyes' side playing like one of the favourites for relegation? And after spilling coffee all over himself at the weekend, correspondent John Murray receives a practical gift.