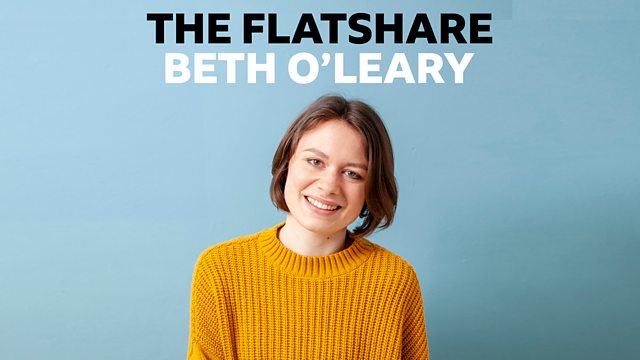 The Flatshare by Beth O'Leary

Finally resolving to leave her controlling boyfriend Tiffy wants to find somewhere else to live. As an underpaid publicity agent she's skint and needs as cheap a flat as possible.

Broke and broken-hearted Tiffy needs a cheap flat, fast. Night-shift worker Leon needs a flatmate fast. But his place has only got one bedroom, so there’s only one solution. Tiffy gets the bed at night and Leon sleeps there in the day. And they don’t ever even need to meet, insists Leon’s girlfriend Kay. Them’s the rules.
But as Tiffy and Leon's Post-It note chats about crocheted scarves and mushroom stroganoffs grow ever more frequent and intense, so does their curiosity about each other. Eventually the flatshare rulebook may just need to be thrown out of the window.

The Flatshare is written by Beth O’Leary, performed by Sinead MacInnes and Will Kirk and abridged by Katrin Williams. The producer is Karen Holden. (Photo credit: Tom Medwell)

See all episodes from The Flatshare by Beth O'Leary