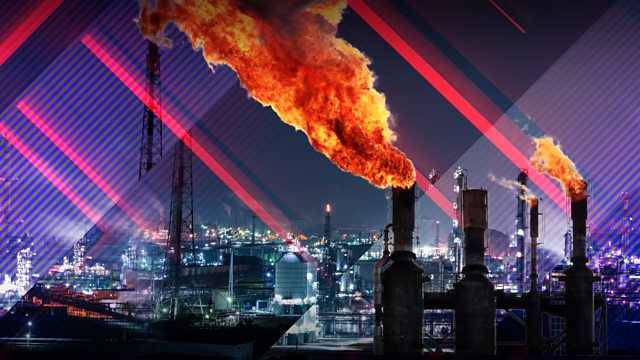 An investigation by Newsnight in conjunction with Greenpeace has found that the government agency UK Export Finance (UKEF) has helped to finance oil and gas projects that, when completed, will emit 69 million tonnes of carbon a year. according to government estimates.

That equates to nearly a sixth of the UK’s domestic estimated carbon emissions.

This is despite a government commitment to cut down on carbon emissions.

Boris Johnson has announced that the UK would no longer finance coal mining or coal-fired power plants abroad.

Newsnight’s investigation found all of UKEF's current fossil fuel financing was for oil and gas projects, and not coal. It also found that - since 2010 - UKEF has financed £6bn of fossil fuel projects. Financing has been provided to some of the biggest oil and gas companies in the world.