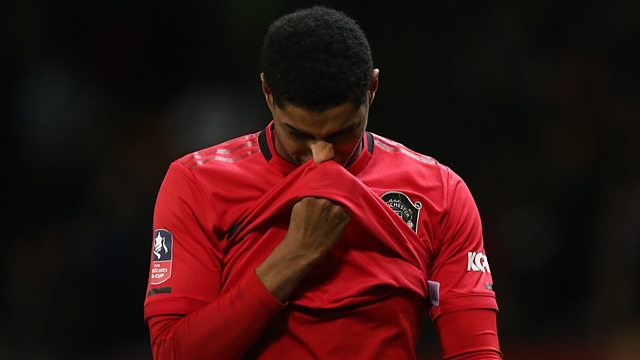 Juan In, Rashford Out

Mark Chapman, former Manchester United Captain Darren Fletcher, Senior Football Reporter Ian Dennis & Chief Football Writer for The Times Henry Winter react to Man United’s progression to the FA Cup 4th round after their 1-0 win over Wolves in their replay - But there are concerns for Marcus Rashford and his availability this weekend for the game at Liverpool after suffering with an injury 17 minutes after coming on as a substitute.

The guys also discuss the latest transfers news, plus reaction to the news that former Chelsea and Juventus striker Eniola Aluko, who won more than 100 England caps retires.