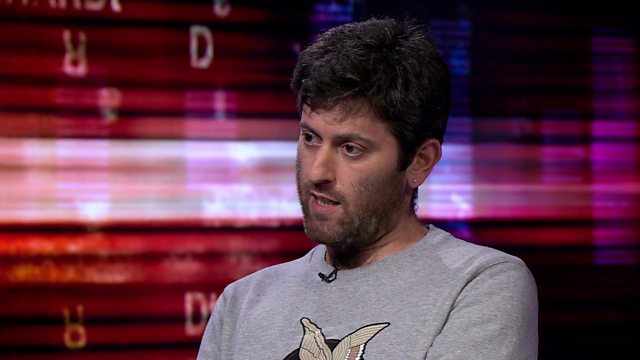 Seth Freedman on spying for Weinstein

Seth Freedman has explained to BBC Hardtalk's Sarah Montague the techniques he used while working for the private intelligence company Black Cube.

The company was hired in 2016 by the US movie producer Harvey Weinstein to spy on a number of people, including those such as the actress Rose McGowan who had accused him of sexual assault.

Mr Weinstein is currently standing trial in New York and denies any accusations of non-consensual sex.