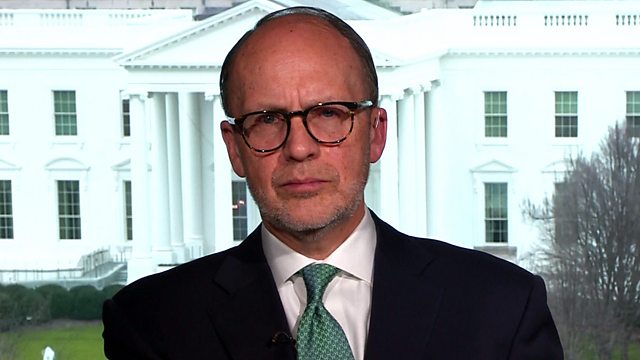 Ex-US Iraq ambassador: US policy on Iran is mixed

US policy towards Iran appears to be confused, the former US ambassador to Iraq Douglas Silliman has said.

Following the assassination of General Qasem Soleimani, US President Trump said he did not seek regime change in Iran, Mr Silliman told BBC Hardtalk, but there are some people within the administration who are hoping that pressure on the economy and other areas could produce a revolution from within inside Iran, he explained.

“If I were in Tehran and I was not getting consistent message from Washington that we do not seek to pull down the regime, I would be very reluctant to go into any sort of negotiations,” Mr Silliman said.