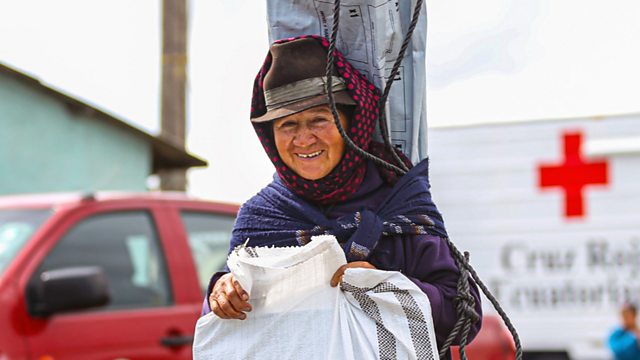 As thousands of people are moved in the evacuation of the area around the Taal volcano in the Philippines, Ecuador - which has more than 20 active volcanoes - is looking at how to protect people there.

A scientist based in Quito has designed a system to forecast dangerous activity. The Red Cross is working closely with him, so they can now warn people of potential disaster further in advance - giving a bigger time window in which to move themselves and livestock, and get medical backup in place.

It is part of a radical rethink in the way humanitarian aid is delivered, using forecasts to give people more warning and help them prepare before nature strikes. But funding a project like this means asking donors to donate cash to a disaster which may never happen.