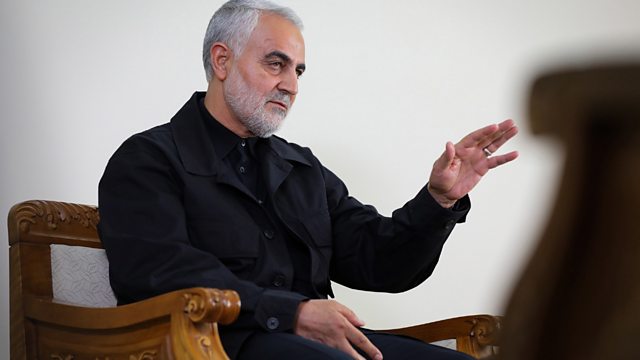 Why Soleimani is so important to Iran

Iran's President Hassan Rouhani, has reacted to the US killing of his most powerful military commander, General Qasem Soleimani, with a warning. He said: “The great nation of Iran will take revenge for this heinous crime."

Dr Seyed Mohammad Marandi, from the University of Tehran, says the general was credited with helping to defeat the Islamic State group and al-Qaeda and preventing the collapse of cities in Iraq and Syria.