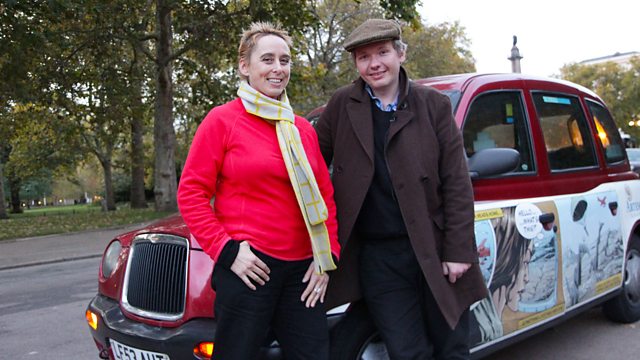 What Has Sat-Nav Done to Our Brains?

Timandra Harkness teams ups with London cabby Robert Lorden to scrutinise a technology that we now take for granted. How do GPS devices affect our brains, health and well-being?

Who uses paper maps to get around anymore? Smart phone apps have taken a lot of the stress out of navigation. But at what cost?

In a trip across London, Timandra Harkness teams ups with London cabby Robert Lorden to scrutinise a technology that we now take for granted. How is sat nav changing our brains? Does it affect the way we think?

London taxi drivers are excellent navigators, having to memorise thousands of street names and mentally visualise hundreds of journeys. This impressive cognitive map is evident on an MRI scan – an enlarged part of the brain called the hippocampus.

But for the rest of us, Timandra discovers, scientists are finding that an underactive hippocampus could have wider implications for our health and well-being - particularly in child development, mental health and dementia.

While taking turn-by-turn instructions from a GPS device, we could be losing a vital sixth sense that we do not, as yet, fully understand.