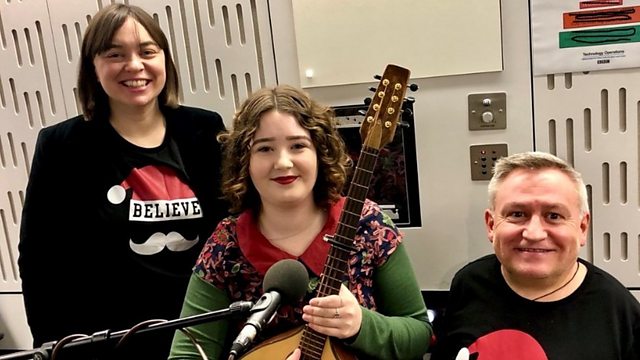 "I was expecting mediocrity ... you blew me away"

If you think 'disability doesn't have talent' just listen to this

What happens when you take a forthright disabled American comedian and a sublime disabled folk singer and put them in a studio together? The answer is a lively session of Politics 101 – we promise it’s more fun than it sounds.

Hear Tilly Moses's song Social Model played live – an unlikely name, but a beautiful song with lyrics for disabled people everywhere. And she gets quite the shock when we surprise her with one of her heroes.

Comedian Maysoon Zayid has cerebral palsy and also now has a Her Abilities award. Find out what that is, plus Maysoon's strong take on why non-disabled people should never play disabled acting roles.

With Simon Minty and Kate Monaghan. And just a nudge-warning, Maysoon goes into the Father Christmas question, so if you've got kids about, maybe save this for another time.

Subscribe to Ouch on BBC Sounds or say "Ask the BBC for Ouch" to your smart speaker.

Transcript: "I was expecting mediocrity ... you blew me away"