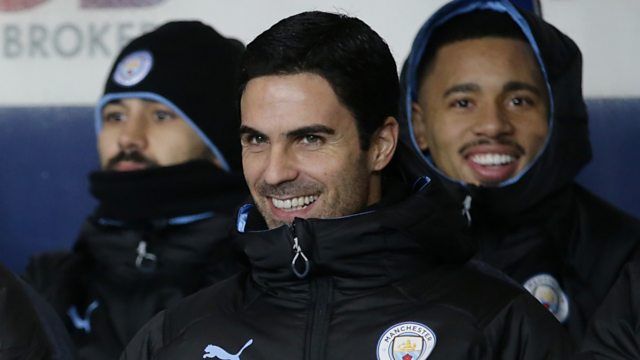 Emma Saunders is joined by former Manchester City midfielder Michael Brown, ex Everton midfielder Leon Osman, commentators John Murray, Conor McNamara & Chief football writer for BBC Sport Phil McNulty to discuss a win for Manchester City, but what could be a loss if - or when - Mikel Arteta is named as the new Arsenal manager.

The guys also look back at a busy night of quarter-final ties in the League Cup and preview the semi-finals as the Manchester derby is drawn along with Leicester City V Aston Villa.

Liverpool also progress to the final of the Club World Cup in Qatar - Juliette Ferrington and former Liverpool defender Stephen Warnock look back at their 2-1 win over C.F. Monterrey.