Close menu
BBC One
Prince Philip: The Man Behind The Crown
Main content 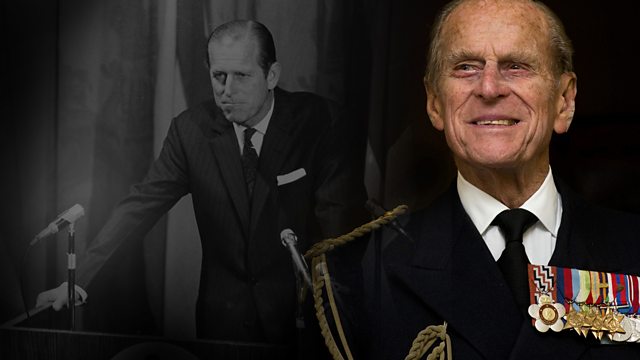 Prince Philip: The Man Behind The Crown

The Duke of Edinburgh may have been the longest living Royal Consort in British history, carrying out thousands of official duties. But he was also so much more.

The Duke of Edinburgh may have been the longest living Royal Consort in British history, carrying out thousands of official duties and supporting The Queen while walking two steps behind her - but he was also so much more.

Dan Snow follows in The Duke of Edinburgh’s footsteps uncovering the myriad ways in which he turned his personal experiences and passions into causes which benefited not just this country but the wider world. From the awards scheme which bears his name, to his ground breaking work in conservation and his championing of British design, Dan finds out more about Philip the man, the contribution he made and the substantial legacy he has left behind.

The facts of Philip’s own life unlock the key to why he was so passionate about certain causes. Dan discovers how his time at Gordonstoun, then a tiny experimental school, was pivotal for the young prince after a childhood marked by chaos and instability. Here Dan uncovers the roots of his hugely successful and ubiquitous Duke of Edinburgh awards scheme award - and finds out how his passion for sailing on the Moray Firth led him down the path of a career at sea.

Dan charts the Prince’s short but stellar naval career, meeting along the way, the man whose life he helped save during World War 11. Though a rising star his career was cut short when The Queen acceded to the throne. Now the Duke of Edinburgh, Philip used his position and influence to work for the greater good. His fascination with gadgetry and appreciation of good design led him to encourage innovation in post war Britain by establishing his own Design Awards. Dan meets a notable recipient and finds just how significant the Duke’s initiative was. This genuine enthusiasm for how things were made was complimented by a real talent for painting and photography and we learn how the Prince’s concern for the survival of species was prompted by his photographic trips to the far reaches of the globe. It was in the field of conservation that the Duke not only made a difference but deserves to be considered a true pioneer. Sir David Attenborough pays tribute to Prince Philips role in co-founding The World Wildlife Fund and his untiring efforts to raise the profile of animal welfare and survival.

Along the way Dan finds out what made the Duke tick, his personal style and the way in which he got things done. As he concludes ‘ Perhaps it was that turbulent childhood that created that passion for life, drove him to overcome adversity, to harbour strongly held opinions and to work for the greater good’.