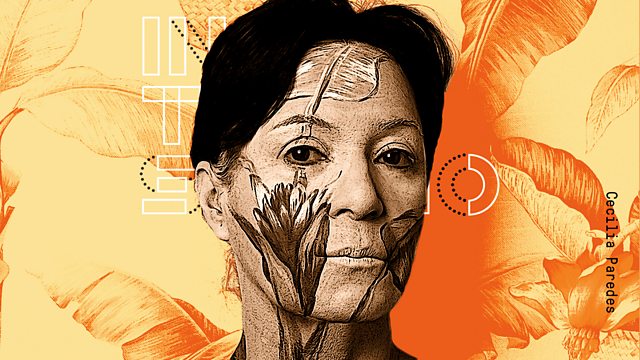 Cecilia Paredes lets us into her world of ‘camouflage’ self-portraits, a series which sees her body quite literally blend into a background of patterned wallpapers and fabrics

You might think the aim of most artists and performers is to stand out from the crowd, but not Peruvian-born Cecilia Paredes. Her aim is to blend in, quite literally.

In her series of ‘camouflage’ self-portraits, Cecilia’s body is painstakingly painted - during a ‘performance’ which lasts many hours - to precisely match a colourful and patterned wallpaper or fabric in the background.

The resulting photograph challenges the viewer gaze, to seek out Cecilia’s form from the scene behind. It is an idea which began 20 years ago, when Cecilia first arrived in the United States and found herself trying to blend in.

Céline Ottenburgh finds the camouflage artist amongst a crowded airport, and accompanies her as she goes in search of the perfect wallpaper for her latest project, amongst the walls of an 18th century castle in Belgium.