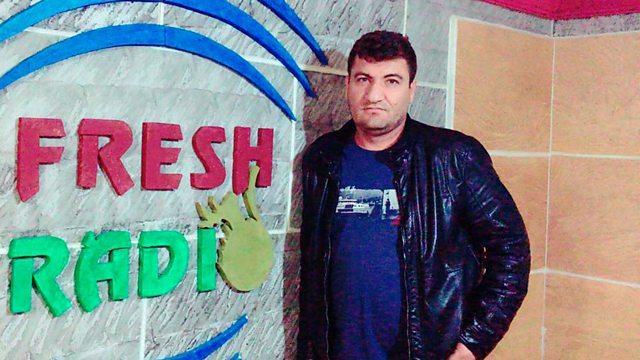 The man who laughed at al-Qaeda

Raed Fares, founder of Syria's legendary Radio Fresh FM, was mowed down by unknown gunmen as he left his studios in rebel-held Idlib in November 2018. The death of the man who fought hatred with humour and laughed in the faces of President Assad, ISIS and al-Qaeda, sent shockwaves way beyond his troubled homeland. When ordered by Islamist extremists to stop broadcasting music he had replied with bird song and clucking chickens. On being told to take his female presenters off air, he put their voices through software to make them sound like men. In tribute to its founder, Raed Fares's radio station has refused to die with him. One year on from his killing it continues to broadcast the comedy programmes he loved, as Assad's troops close in and bombs fall around it.