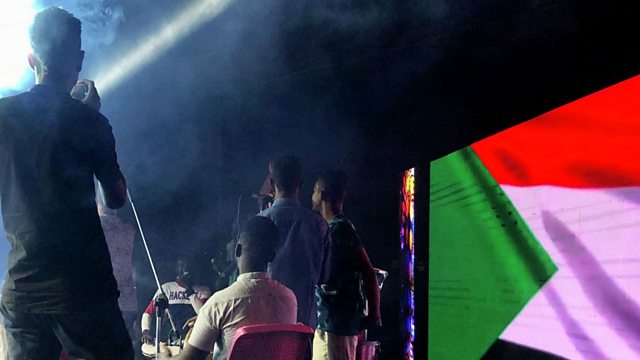 Freedom of expression has been one of the most important changes in Sudan following the end of the 30-year regime of Omar Al Bashir earlier this year. After decades of Islamist dictatorship and social repression, people are finding their voices. During the civilian revolution concerts were put on every night at the protest site, and music in the form of revolutionary songs sung in schools continues to strengthen the feeling of liberation. Community-run concerts have started in the capital Khartoum, and Newsday's James Copnall has been along to one held in an out-door social club, called the Sudanese Peace Music Festival.