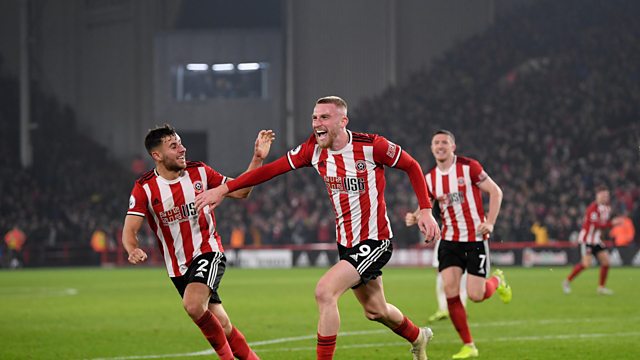 Emma Saunders is joined by former Premier League manager Owen Coyle, The Independent’s Melissa Reddy and Luke Edwards from The Daily Telegraph to reflect on a dramatic 3-3 draw between Sheffield United and Manchester United.

The team analyse the performances of both sides and discuss if this result will dispel any rumours of whether free agent Mauricio Pochettino is bound for Manchester United.

As the managerial merry go round seems to be in full swing since Pochettino’s departure from Tottenham, the panel look in detail at those under pressure – Marco Silva at Everton, Manuel Pellegrini at West Ham, Unai Emery at Arsenal and Quique Sanchez Flores at Watford.

The team also give their verdicts on the start Mourinho’s made at Spurs and why Liverpool are able to pick up so many points in “Kloppage time.”