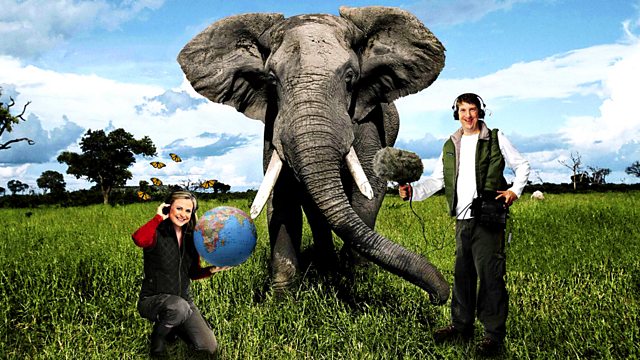 The dreamy smile of the sloth has made it wildly popular, but once its slowness was condemned and saw it named after one of the seven deadly sins. Brett Westwood and Joanna Pinnock talk to those who really know, understand and live with sloths and ask if we're still projecting our own feelings onto them. Our changing attitudes to sloths tell us more about ourselves than about this harmless animal. Dr Rebecca Cliffe, founder of the Sloth Conservation Foundation and a leading researcher, is in the rainforest in Costa Rica with them right now. She describes how local people feel about them, while she sits under a tree with a sloth at the top. Joanna Pinnock tries for her own encounter with Marilyn the sloth and her baby Elio at ZSL London Zoo, and experiences the magic of sloths at first hand. William Hartston, author of Sloths: A Celebration of the World’s Most Misunderstood Mammal. explains the vexed history of sloth first as a sin then its next incarnation as a harmless South American treetop dweller named after that sin, and the repercussions for the animal down the centuries. He also shares his opinion on the best sloth in film. And it's not Sid from Ice Age. And the poet Debbie Lim reads her poem Gift of the Sloth, describing other ways in which they deserve our admiration, but again not for the reasons that the current popular image of sloths would seem to suggest.

Would You Eat an Alien? - Emotional Aliens

See all episodes from Best of Natural History Radio