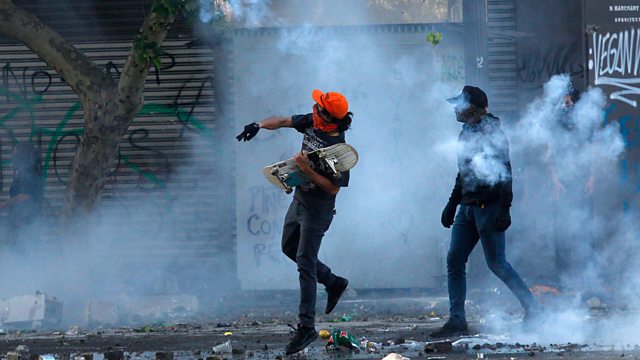 Chile protests: Why has a state of emergency been declared?

Street protests began when the government proposed a hike in metro fares but are now focused on issues relating to inequality and the costs of living. The government has declared a state of emergency for the first time since the return of democracy in 1990. Protests had begun on Friday and developed into looting and arson, generating chaos in Santiago, Valparaiso and a dozen of other cities. Reporter Naomi Larsson explains.