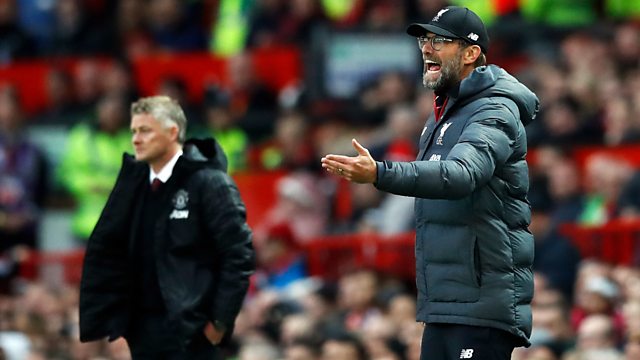 Emma Saunders is joined by Charlie Adam, Ben Haines and Melissa Reddy as they discuss the draw between Manchester United and Liverpool, with VAR taking the headlines again.

Emma Saunders is joined by Reading midfielder Charlie Adam and journalists Ben Haines and Melissa Reddy as they analyse the 1-1 draw between Manchester United and Liverpool at Old Trafford.

The panel also dissect the merits of VAR following a Premier League weekend which has been dominated by decisions involving video assistant referees, we find out which two Manchester City players are deemed irreplaceable, and we get the inside track following a turbulent week at Charlie’s club Reading.