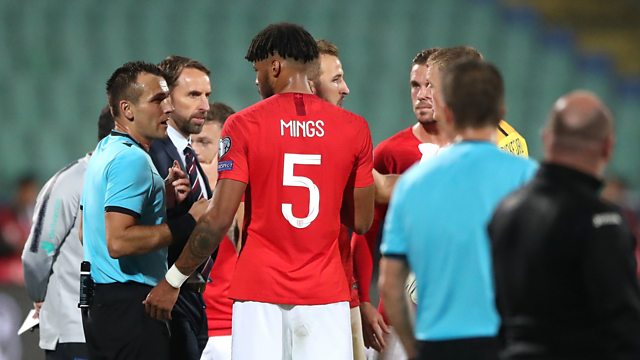 Mark Chapman is joined by former England internationals Stephen Warnock and Chris Waddle and senior football reporter Ian Dennis to react to the racist abuse and chanting directed at England players in their 6-0 win over Bulgaria.

The game was stopped twice as abuse was aimed at a number of players.

Our football correspondent John Murray talks to defender Tyrone Mings – who was one of the players abused – on his England debut. He also speaks to England manager Gareth Southgate and captain Harry Kane.

Former England Under 21's players Nedum Onuoha and Marvin Sordell give their thoughts on the scenes in Sofia and tell us about their experiences of racist abuse they’ve received on a football pitch and how they would have reacted if they had played in that game against Bulgaria.

Troy Townsend – head of development at “Kick It Out” - also comes on to the podcast and says UEFA and FIFA must do more to combat racist abuse.