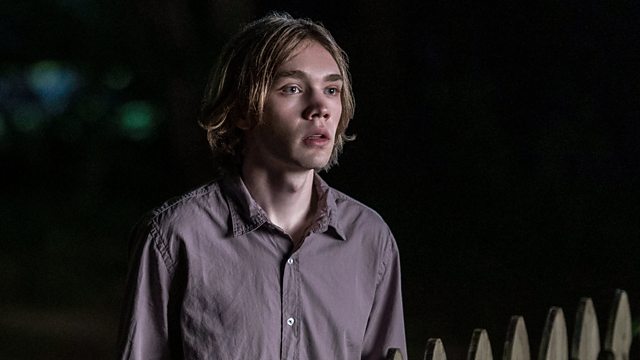 They Couldn’t Hit An Elephant From This Dist... - General Sedgwick

Looking for Alaska Series 1
Episode 3 of 8

Alaska sets Miles up on a triple-and-a-half date that does not go as planned, while a fragile truce with the Weekday Warriors proves short lived.

Although not what he really wants, Alaska sets up Miles on his very first date, with Lara, a Romanian student, at the school’s basketball game (the 39th consecutive game that the Colonel gets kicked out of). It’s Halloween at Culver Creek, but the real horror is how Miles royally messes up his date with Lara. When Miles meets Alaska’s college-aged boyfriend, it doesn’t help his spirits.

Meanwhile, Takumi has a suspicion who the rat might be. Paul and Marya, who have transferred to a rival school since getting expelled, make an accusation in front of the entire school at the basketball game. Alaska suffers a drunken meltdown at her boyfriend’s college Halloween dorm rager.

Tell Them I Said Something…—Series 1

The Nourishment Is Palatable - Millard Fillmore—Series 1

See all episodes from Looking for Alaska