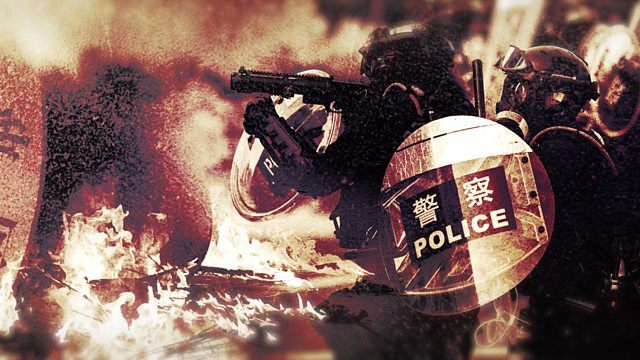 An activist involved in anti-government protests in Hong Kong has been shot in the chest by police during a clash.

The protester was shot as thousands of people demonstrated in defiance of a protest ban for the 70th anniversary of Communist rule in China. Though people have been shot by rubber bullets in previous protests, this is the first injury from a live round.

In the Chinese capital Beijing, 15,000 soldiers paraded with advanced military hardware to mark the anniversary.

International editor Gabriel Gatehouse and cameraman Jack Garland report from Hong Kong. In the studio Emily Maitlis is joined by MP Bob Seely and Steve Tsang, director of the China institute at SOAS.