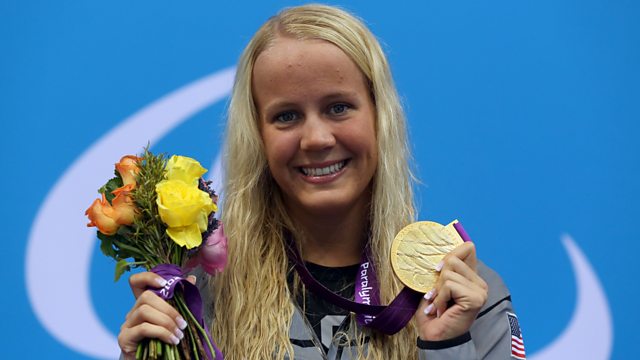 Mallory Weggemann: 'Retirement seemed to be the only choice'

She's not competed at a World Championships in nine years and didn't race internationally for three years but this week United States Paralympian Mallory Weggemann was all smiles after defying the odds once again to touch home as the World Champion in the 50 metre fly in London.

The London 2012 gold medalist, who suffered paralysis from the waist down after an epidural injection, nearly quit the sport after a series of agonising injuries, and now she's set her sights on competing at next year's Paralympics in Tokyo.

Picture: Mallory Weggemann of the USA after winning the gold medal in the Women's 50 metre Butterfly S7 Final in London 2012. (Image:Getty Images)

See all clips from Sportshour (865)