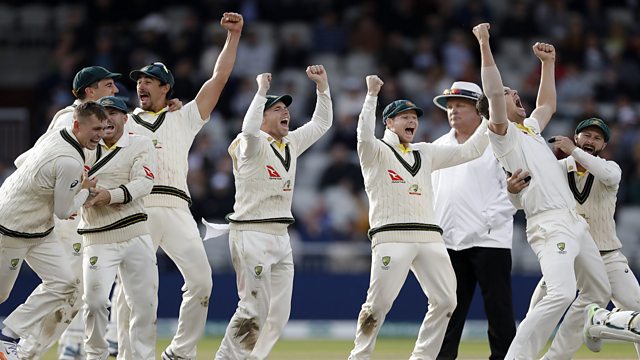 Australia have retained the Ashes in England for the first time in 18 years after a thrilling win.

England were 13 overs away from achieving an extraordinary draw and take the series to The Oval, but in the end Australia won by 185 runs.

We hear also from Australia captain Tim Paine, England captain Joe Root and Steve Smith. And we ask can Australia now go on and win the Ashes next week?