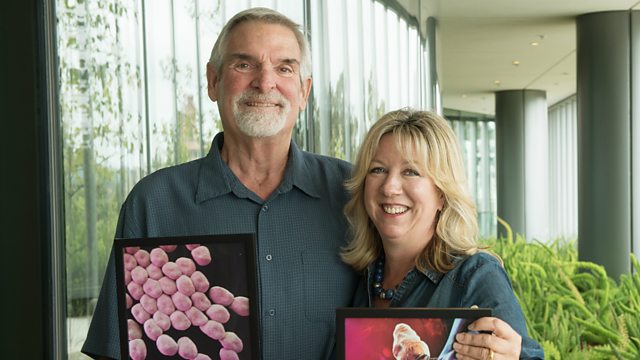 'If you want to live, squeeze my hand'

How scientist Steffanie Strathdee saved her husband from a deadly superbug

When Tom Patterson caught a superbug infection in 2015, he thought his life was over. The antibiotics had stopped working, he was in a coma and doctors had given up hope. But his wife - scientist Steffanie Strathdee - went on an international medical quest to save him. Tom and Steffanie have written a book about their experience - 'The Perfect Predator: A scientist's race to save her husband from a deadly superbug'.