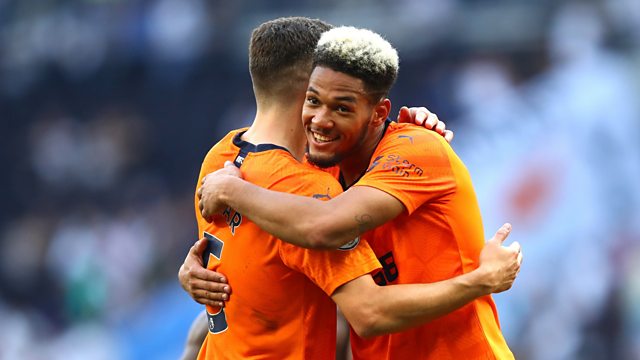 Emma Saunders is joined by former West Ham and Tottenham midfielder Matthew Etherington, Leyton Orient midfielder Jobi McAnuff and Luke Edwards from the Daily Telegraph to reflect on Steve Bruce’s first win in charge of Newcastle, with a surprise 1-0 victory at Tottenham.

The panel debate whether this was because of tactical genius from Bruce or whether it was a fluke and why Harry Kane seems out of sorts in front of goal.

The team discuss whether VAR was correct in that match and whether Manchester City had some luck with the video referee in their 3-1 win over Bournemouth.

They analyse what went wrong for Manchester United – who lost 2-1 to Crystal Palace and why Chris Wilder was eager to move his dinner plans earlier in the afternoon after a 2-1 defeat to Leicester.

And as we have Jobi on the pod (and Luke is a Leyton Orient fan) – we couldn’t not mention Leyton Orient and the start they have made to life in League Two.