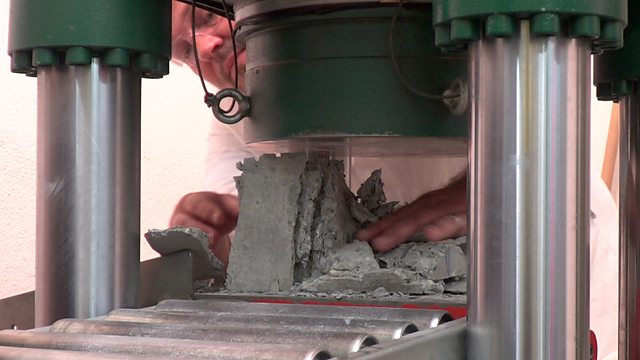 Making concrete produces significant carbon emissions, but one company has devised a way of locking carbon dioxide inside the material instead of releasing it into the atmosphere.

Concrete is the most used man-made product in the world but it comes with a heavy environmental price. Between 5% and 7% of the world's annual carbon emissions come from producing the cement that glues concrete together. Most of these climate-changing gases are released when a vital ingredient, limestone, is melted down in the manufacturing process. But one company has devised a new type of cement that only solidifies when you pump carbon dioxide into it. The gas becomes locked in as it turns to concrete. This is similar to the way carbon dioxide has been stored in rocks by nature over millions of years. As Nick Holland reports, it's one of the solutions the industry could use to mitigate its impact on the environment.