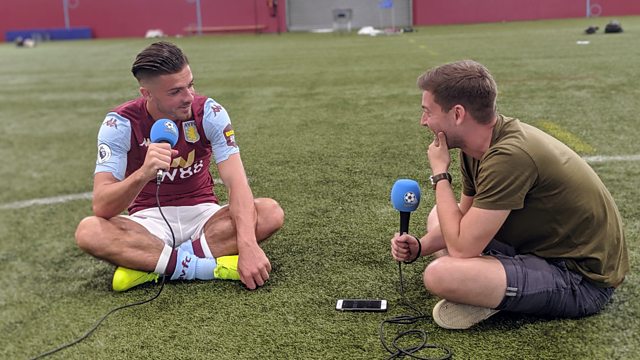 All about Villa with Grealish, Smith, Mings and more

Steve Crossman goes behind the scenes at Aston Villa ahead of the new Premier League season.

In the first of our Premier League specials, Steve Crossman goes behind the scenes at Aston Villa ahead of the new season.

Learn how Jack Grealish's Mum was more worried than he was when he was attacked by a Birmingham fan, why Tyrone Mings knew he'd 'made it' when he upgraded his Citroën Saxo to a Vauxhall Corsa, why manager Dean Smith 'had to' sign over 10 players this summer and how we've all been pronouncing Conor Hourihane's name incorrectly.

If that isn't enough we also catch up with club captain James Chester and new signings Jota and Matt Targett.

Joining Steve throughout the pod is Villa legend Dion Dublin.

See all clips from All about Villa with Grealish, Smith, Mings and more (2)