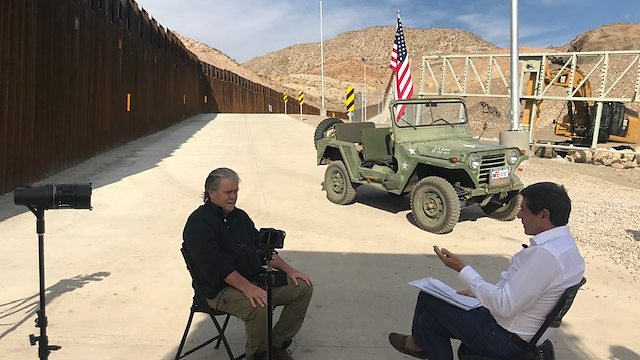 Trump's ex-campaign manager is questioned about Brexit, populism and Trump

Former chief strategist to Donald Trump, Steve Bannon, links President Trump’s election to Brexit and says that it was vital that populists like Boris Johnson and Nigel Farage continue to be successful. BBC North America Editor John Sopel caught up with him at a conference on the border with Mexico.