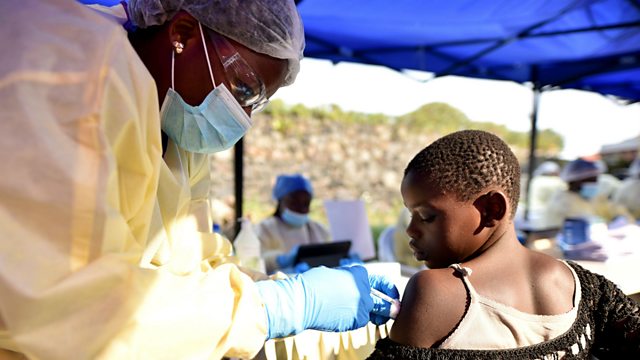 Fears over the use of a new Ebola vaccine in DRCongo

The World Bank Group is mobilising $300 million to support the fight against the deadly Ebola outbreak in the Democratic Republic of Congo. They say the funding would meet about half the needs of a new Ebola response plan which is due to be agreed by the Congolese government and an international consortium. This week the country's health minister resigned over plans to introduce a new vaccine to try to contain the outbreak. MP Muhindo Nzangi Butondo told Newsday's William Edmundson why he's worried about the new vaccine.