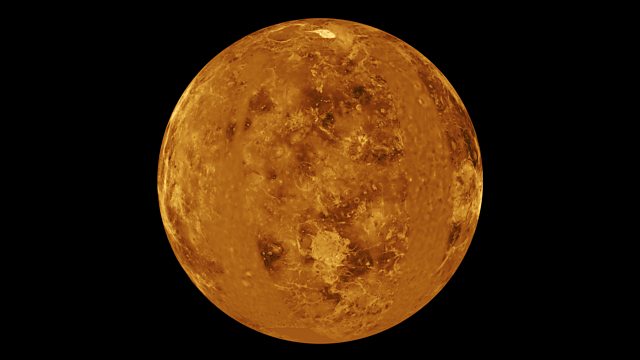 Melvyn Bragg and guests discuss Earth's neighbouring planet, once thought very similar but now known to be extremely volcanic with a surface temperature of 450C

Melvyn Bragg and guests discuss the planet Venus which is both the morning star and the evening star, rotates backwards at walking speed and has a day which is longer than its year. It has long been called Earth’s twin, yet the differences are more striking than the similarities. Once imagined covered with steaming jungles and oceans, we now know the surface of Venus is 450 degrees celsius, and the pressure there is 90 times greater than on Earth, enough to crush an astronaut. The more we learn of it, though, the more we learn of our own planet, such as whether Earth could become more like Venus in some ways, over time.