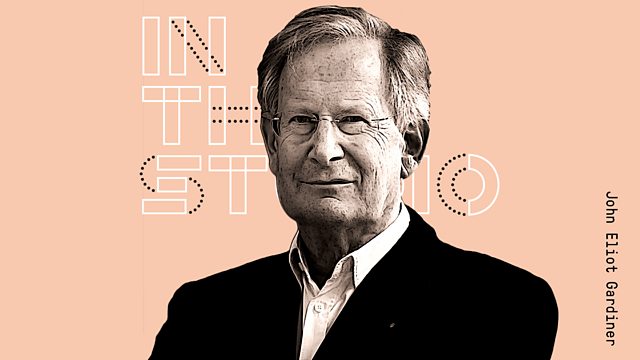 In 1744, in the grand surroundings of London’s Royal Opera House, a musical scandal occurred. During the austere Christian season of Lent, George Frederick Handel (composer of Messiah, The Water Music, and Zadok the Priest) premiered his new opera Semele. Drawing on ancient writings by Ovid and more recent ones by playwright William Congreve, Handel’s ‘musical drama’ Semele broke the rules, social and musical – with the story of a disastrous love affair between the mortal Princess Semele and Jupiter, King of the Gods.

Sir John Eliot Gardiner is one of the world’s leading musicians specialising in the ‘restoration’ of early music. With a peerless 50-year track record, he strives to recreate the sounds that composers like Handel and JS Bach would have imagined and heard. His approach combines musicology, scholarship, and an uncompromising passion for the music: rather like a picture restorer, he painstakingly strips away the layers of musical varnish and tarnish that have accumulated over generations, to present the music afresh, as its composers intended.

Composer and musician Lloyd Coleman follows John Eliot Gardiner’s work to prepare a brand new 2019 production of Semele. Visiting rehearsals just across London’s Waterloo Bridge from where Semele was first heard 275 years ago, Lloyd talks to John Eliot Gardiner about his philosophy and strategies, and asks some of Gardiner’s many colleagues about how they collaborate with him to realise this ambitious and thrilling project.