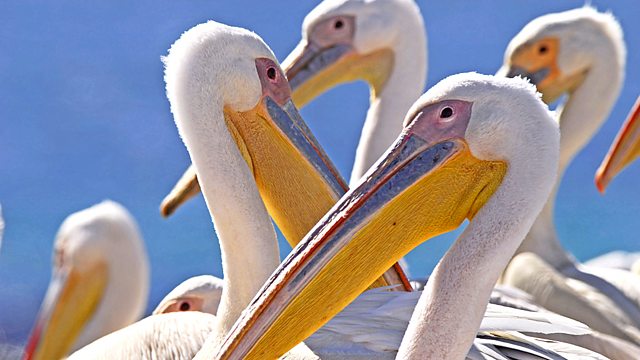 The nature documentary looks at birds and, with slow-motion cameras and aerial photography, reveals some of the extraordinary things that having feathers allows them to do.

Birds owe their global success to feathers - something no other animal has. They allow birds to do extraordinary things.

For the first time, a slow-motion camera captures the unique flight of the marvellous spatuletail hummingbird as he flashes long, iridescent tail feathers in the gloomy undergrowth. Aerial photography takes us into the sky with an Ethiopian lammergeier dropping bones to smash them into edible-sized bits. Thousands of pink flamingoes promenade in one of nature's greatest spectacles. The sage grouse rubs his feathers against his chest in a comic display to make popping noises that attract females. The Vogelkop bowerbird makes up for his dull colour by building an intricate structure and decorating it with colourful beetles and snails.

See all episodes from Life

See all clips from Birds (7)